No products in the shopping cart.

Home > News > Veneto at the center of the Italian aerospace economy

Veneto at the center of the Italian aerospace economy 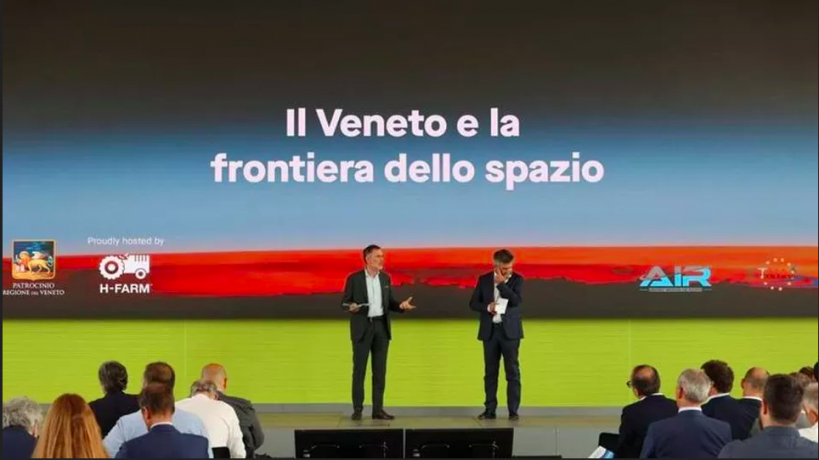 Veneto at the center of the Italian aerospace economy. Companies and professionals met on Thursday 23 June on the H-Farm campus in Roncade (TV) to imagine the future of the sector and the repercussions on everyday life.

The occasion also saw the CTNA - National Aerospace Technological Cluster celebrate its first ten years of activity and reaffirm the centrality of Veneto in the aerospace economy.

The Veneto Region boasts the creation of RIR AIR , the regional aerospace network, legally represented by the Aerospace and Cosmonautical Consortium - Co.Si.Mo , whose founding members are Irca Spa - Zoppas Industries, Isoclima Spa and Univeneto Foundation , which has 41 partners, including 30 SMEs, 5 large companies, 4 Universities, a Foundation and a research center.

The companies belonging to the network employ about 4,000 direct employees and have an annual turnover exceeding 873 million euros of which 40% made outside Europe.

We are proud to announce that DAVE Embedded Systems has also joined RIR AIR , as a company in the electronics sector already engaged in the development of products for the space.

The opportunity given to companies by the network RIR AIR is to present itself in a compact way in front of big players such as the Italian Space Agency (ASI) and the European Space Agency (ESA), as well as large industrial groups.

In front of the future projects of the landing of man on the moon and of the new generation launchers but also to attribute a new centrality and autonomy to the European space project , being part of a group of certified companies in front of large entities offers important development opportunities.

DAVE Embedded Systems is a reality that strongly believes in such a project and over the years has greatly accentuated its propensity to work in sectors with high added value. An important starting point is that of electronic design, to which we have gradually added a production and manufacturing capacity of objects that can go into space, understanding their dynamics, problems and finding solutions that allow our products to be considered valid and reliable for the aerospace sector .

Being part of this center of excellence for aerospace means being able to continue to pursue our desire to be for our customers not only a reliable partner from the point of view of the design and production of industrial objects but also in more complex sectors, such as aerospace, which nevertheless represents a frontier and an important growth opportunity in the coming years.

Welcome to the DAVE Embedded Systems' Documentation system. Please fill in with required information and you will get your document! Thank you!.

These cookies are necessary for the website to function and cannot be switched off in our systems.

You can set your browser to block or alert you about these cookies, but some parts of the site will not then work. These cookies do not store any personally identifiable information.

These cookies allow us to count visits and traffic sources so we can measure and improve the performance of our site. They help us to know which pages are the most and least popular and see how visitors move around the site.

All information these cookies collect is aggregated and therefore anonymous. If you do not allow these cookies we will not know when you have visited our site, and will not be able to monitor its performance.

Select all Deselect all
Accept all Manage preferences